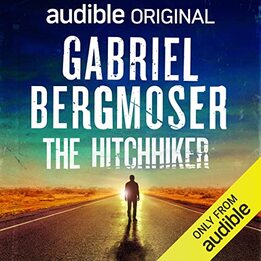 Ahead he could see only the stretch of unending road, on either side brown-scorched plains of dirt and scrub, above it all a soaring blue sky and blinding sun. Desolation that looked, to him, a hell of a lot like freedom. He wasn’t playing by anyone’s rules anymore.

'Have you ever done something bad?' The question was like a clawed hand seizing his guts. It had taken everything he’d had not to whimper, to cower away and beg. But as he’d deflected, he’d told himself to stay calm. To be in control. He had to be in control here.

She’d made a mistake. Wasn’t the first time and wouldn’t be the last. Ever since she’d left, all she’d found was more trouble. More fights. More secrets. More scars. Now here she was, still alive but a long way from anywhere, and with options dwindling fast.

From the award-winning author of The Hunted comes a fast-paced outback thriller that will keep you on the edge of your seat.
Audible 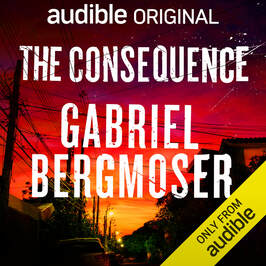 To rogue ex-cop Jack Carlin, running a thug out of town and giving his stolen money to a kid struggling to escape the criminal lifestyle is all in a day’s work. Until it turns out the money belonged to a dangerous drug cartel seeking revenge against anybody who might have been involved in taking what was theirs.

With his act of charity ending in bloodshed, Jack won’t let the killers – or his guilty conscience – go unpunished. But how far is he willing to go to enact his own revenge plan? And what happens when the consequences start to hit a little too close to home?
​
From the best-selling author of The Hunted, The Consequence is a tense, darkly funny thriller about the limits of taking the law into your own hands.
Audible 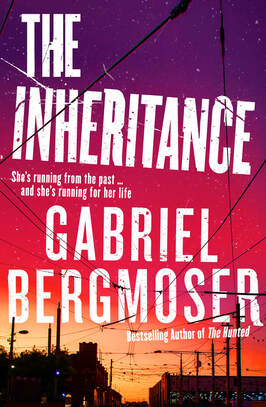 She's running from the past, and running for her life.

A young woman is hiding out in a sleepy North Queensland tourist town, trying to stay under the radar, when she stumbles across a dangerous drug cartel. Anyone else might back away shaking their head, pretend they hadn't seen anything, keep quiet, even though people are getting hurt. But Maggie is no ordinary girl. She's got skills, as well as plenty of secrets to keep, burdens to carry - and anger to burn.
​
When circumstances mean that she has to get out of town - fast - she heads towards Melbourne, where she just might find the answers that she needs - answers about her family and who she really is. With a bent cop for a dubious ally, the police tracking her and furious bikers on her trail, Maggie is in deep trouble. She's only got her ingenuity and wits on her side - and a determination not to inherit the sins of her father.

PRAISE FOR THE INHERITANCE

“As far as action heroines go, Maggie is up there with the best of them” – Better Reading

"The Inheritance can be enjoyed by any reader with a taste for straight-ahead, no holds barred brutal crime thrillers that have an Australian feral tang." - The Australian

"More turns than a winding road and more twists than a roller-coaster." - The Herald Sun

"The imagery used by Bergmoser is just so driving and thorough. It comes out of the page for you, inviting you in, all the pieces melding together to create this tapestry of conflict in well executed writing." - NZ Booklovers

The True Colour of a Little White Lie 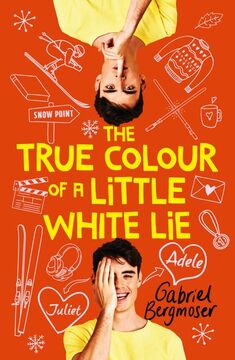 From the author of the best-selling The Hunted comes a book that reminds you just how tough adolescence can be.

After a catastrophic attempt to ask out his crush, fourteen-year-old Nelson is desperate for any chance to escape the daily humiliations of his small-town high school. And with his parents taking over a nearby ski lodge, that chance seems to have arrived. Up at the lodge he discovers a whole new freedom in a world where nobody knows he's a loser and he can be whatever he wants.

But reinvention is complicated, especially when a few white lies land you in the middle of an unexpected love triangle which leads you to sign up for a ski race that you're nowhere near good enough for.
​
As Nelson's new world spirals out of control, he'll slowly discover that no matter where you are, sometimes the hardest thing to run away from is yourself.

PRAISE FOR THE TRUE COLOUR OF A LITTLE WHITE LIE

"A winner for those teens who are not necessarily voracious readers." - Better Reading

"Witty with a gentle humour... an enjoyable and well-constructed read."  - Queensland Reviewer's Collective

"This book hits all the right notes – honest, relatable, funny and uplifting."​ - Booktopia

"Readers will relate to the hormone-laced confusion of relationships and maturing, and the struggle of being self-confident when you feel like you have nothing to offer." - ReadPlus

"Navigating the mysteries of girls, parents and friendships in a series of genuine errors and heartfelt moments, The True Colour of a Little While Lie is an entirely relatable contemporary novel for anyone wanting a light but meaningful read." - Pen and Fable 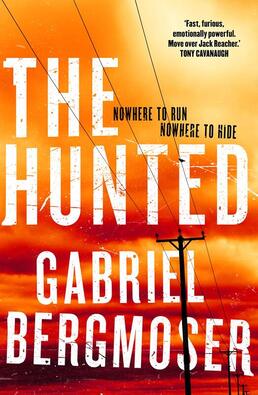 Nowhere to run, nowhere to hide

Frank is a service station owner on a little-used highway who just wants a quiet life. His granddaughter has been sent to stay with him to fix her attitude, but they don't talk a lot.

When a badly injured young woman arrives at Frank's service station with several cars in pursuit, Frank and a handful of unsuspecting customers are thrust into a life-or-death standoff.
But who are this group of men and women who will go to any lengths for revenge? And what do they want? Other than no survivors ...?

A ferociously fast-paced, filmic, visceral, tense and utterly electric novel, unlike anything you've read before. Set on a lonely, deserted highway, deep in the Australian badlands, The Hunted is white-knuckle suspense matched to the fast-paced adrenaline of a Jack Reacher novel and the creeping menace of Wake in Fright. This is unmissable reading.

PRAISE FOR THE HUNTED

'An original and high-octane read, it makes Deliverance look like Picnic at Hanging Rock.' The Times/Sunday Times Crime Club

'This slice of outback noir is .... at once exhilarating, gleefully vicious and totally, race-to-the-finish-line unputdownable' Observer

'An audacious walk on the wildest side of outback noir ... a vivid thriller.' Sydney Morning Herald

'A perfectly paced, thrilling read with an unrelenting sense of dread and menace ...building suspense at every turn of the page. Crime and thriller readers will love this savage Rottweiler of a novel that will clamp its jaws around their throat and shake them to the end.' Books+Publishing
​
'Tough, violent, suspenseful and peopled with great characters, The Hunted could well be the Australian thriller of the year. This is Jack Reacher for adults.' Canberra Weekly 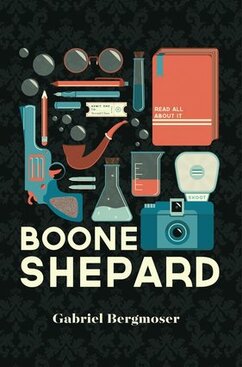 My name is Boone Shepard. I’m here to set the record straight.

Boone is taking a break from writing for The Chronicle newspaper to hunt down and destroy every last copy of a very rare, very dangerous book. But when his editor calls to demand he investigate a missing persons case deep in the Scottish Highlands he is forced to abandon his personal goals and get back to work. Restless and begrudging, Boone is unprepared when this hunt leads him back to the one story that won’t stop chasing him — his own.

Boone Shepard is the first in a series of four young adult novels following the adventures of an Australian expat, errant journalist and accidental hero. It was shortlisted for the 2017 Readings Young Adult Prize.
​
Praise for Boone Shepard:
​
"Australia may have just found its new adventurer and his name is Boone Shepard"  – Arts Review

"For, at heart, this is a book about the act of creating stories. How events are turned into tales, how those tales then live on and cannot be destroyed, haunt both Boone Shepard and the readers"  – Den of Geek

"Perfect for fans of Indiana Jones and Tintin"  – Readings 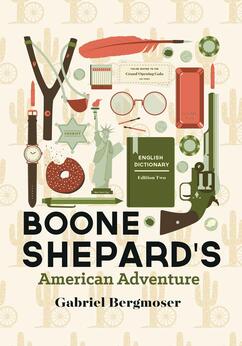 This is a true story of bravery and villainy in the old west. You might have heard the tale, full of pursuits, conspiracies, gunslingers and duels. You might have heard of the secret gold mines, the mind control, the flying saucers and the rock stars. And maybe you heard about the people mixed up in all this, innocents turned heroes, doing their best to save the world. It wasn't quite that simple.

My name is Boone Shepard. This is what really happened.

Boone Shepard and Promethia Peters are trapped in the 1800s, hiding in New York under the grudging hospitality of one Oscar Wilde, but adventure is about to come knocking. When a teenage girl turns up on their doorstep desperate for help, the strange trio are led on a wild journey across the old west, a journey that may just take them home – provided they survive.
Buy Boone Shepard's American Adventure
Goodreads Page

Boone Shepard: The Silhouette and the Sacrifice 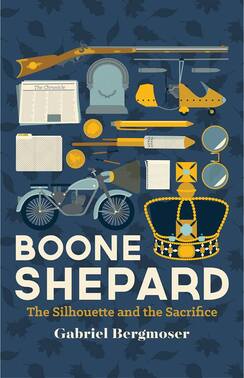 My name is Boone Shepard. This is the end of my story.
​
Someone is murdering journalists, and Boone and Promethia have only two days to investigate before the killer strikes again. But their friendship is put to the test as the investigation uncovers ghosts from the past and secrets that should have stayed buried. Are they on the right track, or is there something much bigger going on? Boone must face his past once and for all if he has any hope of putting things right.

In a thrilling conclusion to the Boone Shepard trilogy, The Silhouette and the Sacrifice is an action-packed farewell to the characters readers around the world have come to love.