Most plays listed here are published by AustralianPlays.org; to read scripts or for information on production rights check out Gabriel's page on their website, otherwise make an inquiry via the contact form.

The Trial of Dorian Gray 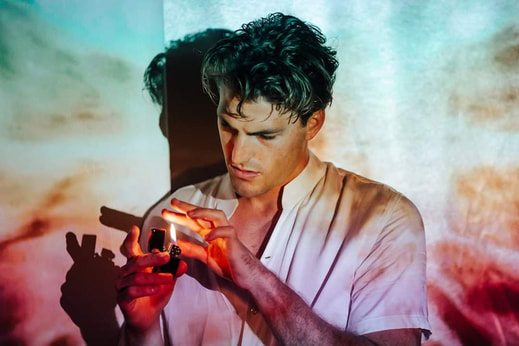 In 1890 wealthy socialite Dorian Gray was found dead; unnaturally aged and recognisable only by the rings on his fingers, near a stunning painting of himself in his prime. In the present day a young man who bears a striking resemblance to that painting gets more than he bargained for when what seems to be a date takes a dark turn. Trapped in a battle of wits with a woman who has every reason to do him harm, this man who also goes by the name Dorian Gray finds himself on trial, forced to answer for a century of crimes. But is he really who he says he is? And if so, has a hundred years changed him for the better or worse?

Dark, twisted and thought provoking, The Trial of Dorian Gray is a bold re-imagining and continuation of Oscar Wilde’s classic Faustian fable. It premiered as part of the 2019 Midsumma Festival. Later that year it was adapted into a radio play by SUSU Theatre Group in England.

The Trial of Dorian Gray is published by Australian Plays and is available to buy and read on their website.

"...a deep work which explores important themes in philosophy and ethics and makes effective use of Wilde's original premise to convey messages of relevance in the twenty-first century." - Weekend Notes

"The play itself is a fascinating continuation of the original story – throughout the writing changes the direction of the play dramatically, leading the viewer into a story they may not have realised was happening." - Pop Culture-y

"While the play is a satisfyingly enjoyable theatrical work, there is considerable intellectual depth to this storyline and it will linger well after the performance has ended." - Theatre People
Hear Radio Play 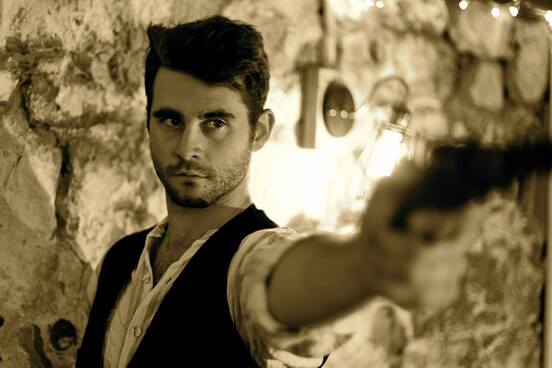 Before Ned Kelly came along and stole everyone's thunder, there was Captain Moonlite. He was a pastor and a soldier, a bank robber and a frontier farmer, a lecturer and a mental patient, an innocent man and a bushranger, a womaniser and a homosexual. He was an Australian legend who barely anyone has ever heard of and one half of the greatest love story never told. With a hilarious script and catchy original tunes, Moonlite tells the tale of the man's last stand, and in it the story of the different lives he lived, all revolving around his enduring dedication to the love of his life, James Nesbitt, a dedication that endured beyond the grave.

Moonlite is a musical that isn't a really a musical, a cabaret that's also sort of a play, a mess of contradictions much like the man himself. A raucous, funny and ultimately moving exploration of a true story you've probably never heard and certainly will never forget. Written by Gabriel Bergmoser and with music by Dan Nixon, Moonlite opened at the Midsumma Festival in January 2018.

"When we reach the rousing conclusion of the piece we are not left with definitive answers about who Scott was and what to think of him, rather with an understanding that there is no black and white answer." - A Guide to Australian Bushranging

"Original Australian musicals are rare: when one comes along, it’s a must-see and Moonlite is no exception. This production will make you laugh, think, consider our history, and therefore our future." - Theatre Press
Watch Show Video 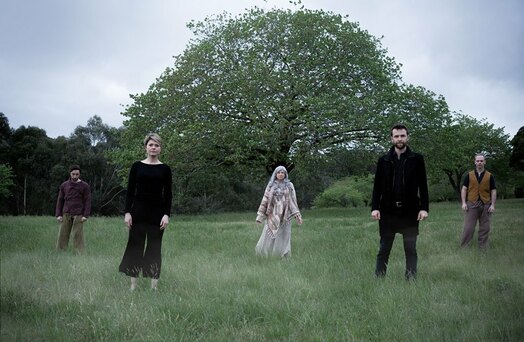 When his estranged mother dies suddenly, Joe is forced to leave his comfortable, boring life in the city and return home – home being the oppressive, nature worshipping commune where he grew up. But as Joe reconnects with old friends and once again comes face to face with the childhood he’s been running from, he soon learns that things are not what they seem. Somebody has been manipulating events to force his return, but to find out why he’s back he first has to face up to why he left.
​
Gripping, chilling and shocking, The Commune is a haunting thriller about whether we can ever go home again and if we can, whether we should.  Directed by Ashley Tardy, The Commune was produced by Bitten By Productions and Class Act Theatre in November 2017.

"​The Commune is a gripping and chilling tale that will leave you gasping, applauding and deep in thought." - Theatre People

The Commune is published by Australian Plays and is available to buy and read from their website.
Watch Show Video 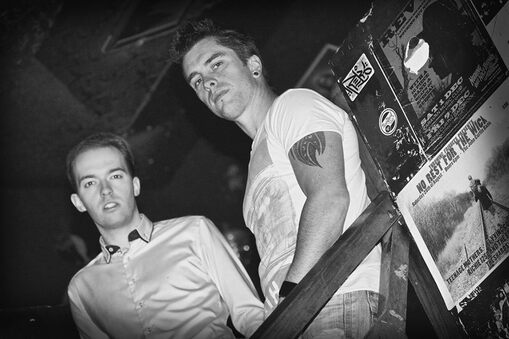 Jake and Nick are best friends and members of a band that is about to hit the big time. On the eve of signing a major contract they get together for a drink, but it soon becomes clear that this is no friendly catch up. One of them has a terrible secret, a secret the other one is about to use to get what he wants, no matter the cost. But who is really playing who?

Heroes is a twisted, unpredictable and darkly comedic exploration of fame, success and the terrible lengths people will go to to achieve them. It was longlisted for the 2017 Kenneth Branagh Award for New Drama Writing. In the same year it toured the Victorian One Act Play circuit and won several awards, including Best Production at Gemco, Mansfield, Foster, Seymour and Monash.

Heroes is published by AustralianPlays.org and is available to buy and read on their website.

"Bergmoser’s parable will grip you to the finish line." - Theatrepeople

"...there are twists and reveals up until the final moments...will have you chuckling and engrossed." - Stage Whispers
Hear Radio Play 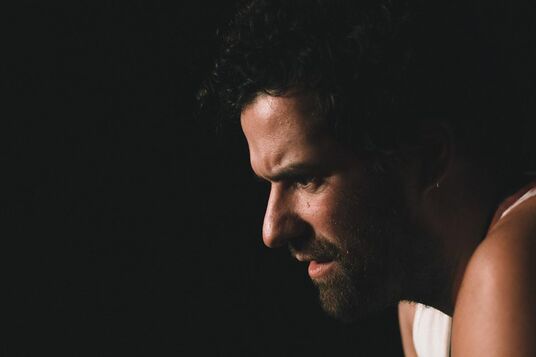 In 1974 Bruce Springsteen put all he had into crafting the greatest rock and roll album of all time, in the process starting an enduring and iconic career. But being the best comes at a cost. What happens to the man who sacrifices everything he has for everything he wants?
​
Gripping, moving and thought provoking, Springsteen examines the cost of success via the life of one of the most celebrated musicians of all time. It was first produced by Bitten By Productions in January 2017, with a radio play version following in April.

Springsteen is published by AustralianPlays.org and is available to buy and read on their website.

"Bergmoser also has an excellent ear for dialogue, where the writing drives the narrative tension, character interaction, and the overall direction. His show encapsulates the creative struggle, and how it impacts not only the artist’s work, but their inner circle of co – workers, friends and loved ones taking that journey along with them." - Theatrepeople

"Springsteen beautifully captures not simply the brand that is the iconic artist but looks at the human side, the results of putting everything into a life-long dream, losing friends and loved ones along the way, feeling the elation of achievement but also the loneliness, even though you are loved by millions. It truly captures the brilliance that I most admire in Bruce Springsteen; he wanted more than anything to produce the best rock’n’roll songs ever made and he did it, repeatedly, each time improving, experimenting and continuing to give everything to his art." - Stage Whispers
Hear Radio Play 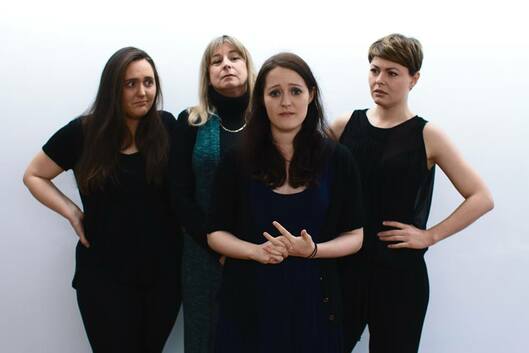 Jamie has just scored her dream job as a theatre critic for a major newspaper. When her fledgling playwright friend Emma begs her to review her newest play, Jamie figures it’s an easy favour. Until she discovers that the play is terrible and she’s confronted with an impossible choice; be honest and potentially ruin her friend’s career or lie and ruin her own before it’s even begun.

Fast, fierce and funny; The Critic is an incisive look into the world of theatre, criticism and just how worthwhile our opinions actually are.

The Critic ​is published by Australian Plays and is available to buy and read from their website.

"Once Bergmoser’s smart plot trajectory is established, his screwball antics kicks into high gear. From here, ‘The Critic’s’ grip is never once relinquished. Further, this exceptional flair for wordplay drives both the play’s story and solid characterization to their natural conclusion." - Theatrepeople

"It is rare, nowadays, to see a ‘play of ideas’, but this one is engaging and you may be surprised in the end where Mr Bergmoser comes down and how tough minded he is when he does." - Stage Whispers

"Gabriel Bergmoser hits the spot with his script, challenging the characters to look into themselves and search for their truth. The dialogue had a level of awareness and blunt honesty that made for deliberately uncomfortable moments for both the characters and the audience." - Theatre Press
Watch Show Video 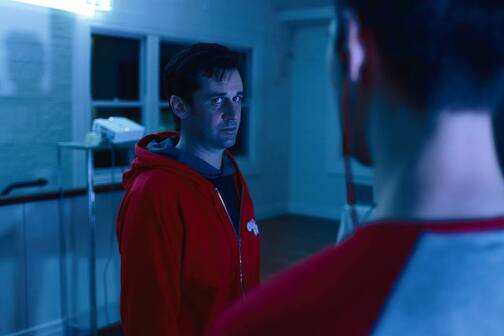 Directionless twenty something Will agrees to undergo an experimental therapy run by an unconventional doctor. Using cutting edge science, Will is put into a trance state where he will essentially be brought face to face with his fifteen year old self. But what at first seems like an interesting means of revisiting his past soon takes a very different turn as it becomes clear that neither version of Will is quite prepared to face up to himself. Over the course of several meetings, both Wills are forced to confront their past, future and exactly what sort of person they want to be. Regression ​was released as a radio play in 2017.

"We have been engaged, as writer and director want, in the question of what we would do if we met our past selves.  A most interesting new play." - Stage Whispers
Radio Play 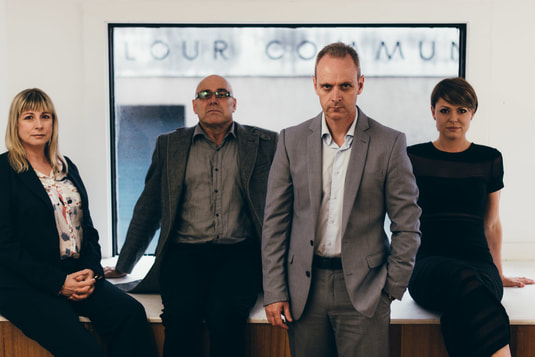 Back in the eighties, Robert Stone was famous as the director of the biggest fantasy film franchise of all time. Now, thirty years and several flops later, he has returned to make a new instalment in his beloved saga. When an internet petition to allow a dying young fan to see the film gains the attention of his producers, Robert is pressured to unveil his masterpiece before he is ready. But Robert is not so easily swayed.

The Lucas Conundrum​ is published by AustralianPlays.org and is available to buy and read from their website.

"Bergmoser has the ability to write engaging stories with unexpected twists that keep the audience hanging on every word." - Theatrepeople

"The Lucas Conundrum is a must for those that enjoy filling message boards with anger when a writer or director ruins a childhood favourite. Or for those that consider themselves artists and above pleasing people. Either way, the show is fantastic with a cast that play out the well-written script superbly."
- Pop Culture-y
Watch Show Video

We Can Work It Out 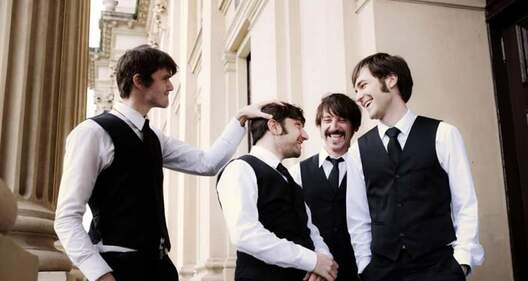 ​Over the course of one boozy night in 1966, John, Paul George and Ringo confront their past, future and the place their music has in the world. As egos clash and demons are revealed it soon becomes clear that the Beatles may be on a dangerous collision course. Can they right the ship before they fall apart for good?

Fierce, funny and poignant, We Can Work It Out is the account of something that probably never happened but very easily could have.

We Can Work It Out is published by AustralianPlays.org and is available to buy and read on their website.

"The play is supremely well written – the pacing of lines manages to accurately reflect the emotional decay of each of the band members, while also delivering powerful emotional hits and laughs in the space of a minute."- Pop-Culture-y
​​
"Writing a play about such well known characters is always a risk, but Bergmoser has managed to deliver an entertaining play that questions what may have been going on off stage, while remaining true to the public personae of each of the Beatles members." - Theatrepeople
Watch Show Video